Postdoc position in Neuroimaging of autism 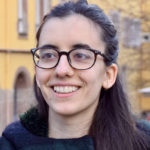 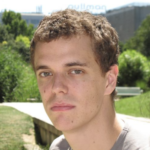 Member: Benjamin Devauchelle
Scientific Fields
Diseases
Organisms
Applications
Technique
Application Deadline
31
Dec 2022
2022-12-31 8:00:00 2022-12-31 18:00:00 Europe/Paris Postdoc position in Neuroimaging of autism Send your CV along with a motivation letter to chloe.lehoucq@pasteur.fr, with benjamin.devauchelle@pasteur.fr in Cc. The candidate should have a PhD in Neuroscience or Cognitive science and the following skills: Strong interest in the field […] "25-28 rue du Dr. Roux, 75015, Paris" Thomas Bourgeron thomas.bourgeron@pasteur.fr

Send your CV along with a motivation letter to chloe.lehoucq@pasteur.fr, with benjamin.devauchelle@pasteur.fr in Cc.

The candidate should have a PhD in Neuroscience or Cognitive science and the following skills:

Title of the project: Genetics of brain diversity in autism

Duration of the contract: 2 years

The aim of the laboratory

Our laboratory is part of the Neuroscience Department of the Institut Pasteur and gathers psychiatrists, neuroscientists and geneticists to understand the causes of autism. We previously identified the first mutations in the NLGN-NRXN-SHANK pathway, which has a key role in synapse formation within the brain. Our results highlight the genetic heterogeneity of autism, but also point at common biological mechanisms that could constitute relevant targets for new treatments. We are leading the genetic work package of AIMS-2-TRIALS, the largest European project on autism research. The project is focused on deep-phenotyping of individuals with autism and controls including brain imaging (MRI, fMRI, DTI and EEG) and a battery of cognitive tests. Our group is currently developing new methods for analyzing whole genome and brain imaging data as well as new paradigms for characterizing mouse social and vocal behaviors.

The role of the Postdoctoral fellow

She/he will analyze brain imaging and cognitive data from different groups of individuals with autism or neurodevelopmental disorders (Robert-Debré pediatric parisian hospital, n=1000) and controls from the general population (UK Biobank). She/he will analyse the data to study the relationship between genetic variants associated with autism and brain development (analysing anatomical and functional connectivity data).

Examples of papers from the laboratory